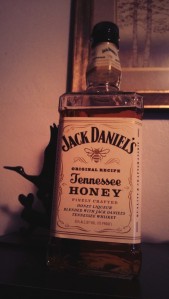 Do you ever just get the urge to start cursing and/or ranting and raving, while waving around a drink in one hand and a smoke in the other? I do. The trouble is, I act on it. Potential hazards of writer’s lot may include but are not limited to substance abuse and misanthropic exchanges.

All writers fear the dreaded writer’s block–whether we handle it proactively or shake in a corner, feeling as though we’ve lost purpose in life because inspiration has seemingly abandoned us (I fall into the latter camp). Regardless of how we handle it, we still fear it. While this is a serious condition for writers, this post will be about another condition I have decided to call ‘writer’s lot’. Perhaps it is a kind of defense mechanism against writer’s block. Or perhaps I am making too many generalizations here. Hey, it’s an occupational hazard of being human.

For now, I’m distilling writer’s lot down to the use and/or abuse of alcohol, but I do not seek to demean the severity of alcoholism. I talk a lot about addiction on this blog–and will continue to do so–as I have my own issues with it (in fact, on my 6th 1st day of ‘quitting’ smoking, the itchy craving is almost paralyzing right now). I don’t want to blame my issues with addiction on being a writer, or my late father, who was a functioning alcoholic. I don’t do it because I’m unhappy either.

I do it to let go, to free my creativity and inhibitions, to get lost in a place that’s sometimes difficult for me to access without that kind of stimulant. Not that I encourage alcohol abuse, but used in moderation, it has its uses. As good ol’ Hemingway said:

In an excellent article by Blake Morrison, “Why Do Writers Drink?” , John Cheever is quoted as saying “The excitement of alcohol and the excitement of fantasy are very similar.” According to the article, poems were recited in ancient Greece during symposiums and soirees that involved heavy imbibing and perhaps an occasional visit from Bacchus himself—depending on how smashed you were. And I wouldn’t doubt it. But why?

I think this condition draws people in because we naturally seek things which alter our normal state of being–caffeine, euphoria from exercise, sex, and sometimes mind-altering substances. Drinking affects our mind-state. Many who leisurely drink (or addictively drink) do it for this very reason. I do it for this reason. But how does it affect the mind-state in a way that Hemingway and other prolific writers saw as beneficial?

My assumption is that when you drink, just like when you fantasize, your logic and reasoning can easily be placed on the back burner, freeing your creative mind or just your illogical/emotional self to run rampant on the pages. This is perhaps the little piece inside ourselves that Bukowski would sleep with night after night but never cried about—only acknowledged that little blue bird of feeling while thrusting it out of sight in the light of day.

Morrison mentions that Olivia Laing, who wrote The Trip to Echo Springs: Why Writers Drink, endeavored on her journey to explore the disease to which the people she knew and loved fell victim. Laing does not approach the topic of authorship and drinking romantically at all. And that’s okay. It all comes down to perspective. Doesn’t mean it doesn’t exist though–writer’s lot. To this, Stephen King would say (and did) “creative people probably do run a greater risk of alcoholism and addiction than those in some other jobs, but so what? We all look pretty much the same when we’re puking in the gutter.” [92, On Writing]

I don’t hold a grudge against my father, nor do I think less of the people that partake in this; I choose to see it as the loosening and lubricating of the mind-state, though not to be depended upon.  Indulging in a bit of writer’s lot sometimes helps me attain this goal: 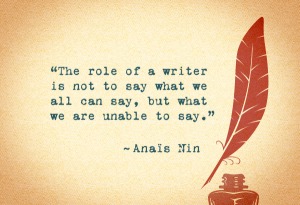 Didn’t someone once say in vino veritas?

I am curious to know what others think about this. Is my perspective on this riddled with undue romanticism? Or do you agree? How would you characterize your own strain of writer’s lot?